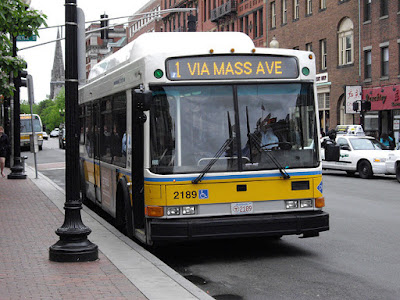 
Plaintiff was among five persons (perhaps family, based on the names of four) injured in a Massachusetts Bay Transportation Authority (MBTA) bus accident.  Her lawyer filed a claim with the "MBTA Claims Department," the transmittal asking that the claim be referred to the appropriate authority.  The MBTA made settlement offers to the five, and only Plaintiff turned down the offer and opted to pursue litigation instead.

The Massachusetts Tort Claims Act requires presentment of a claim to the "executive officer" of the defendant state entity.  The trial court let the difference slide under a statutory exception allowing for correction of defective presentment upon the executive officer's actual knowledge of the claim.

The appeals court reversed, ruling that the exception must be construed narrowly.  Neither the attorney's request to forward nor logical inference was sufficient.  The court awarded the MBTA summary judgment.

The court acknowledged that the ruling is "a harsh result," especially considering that it probably mattered not at all to the MBTA claims process whether its executive received notice.

[UPDATE, Dec. 17, 2018: In a December 2018 negligence case against the MBTA under the state tort claims act, the Supreme Judicial Court affirmed "that the MBTA had waived the affirmative defense of inadequate presentment by failing to plead it with the required specificity and particularity." The case is Theisz v. MBTA, No. SJC-12559 (Mass. Dec. 12, 2018).]
Posted by Richard Peltz-Steele at 10:49 AM