Just this week I returned from the annual world congress of the Union Internationale des Avocats, which did not disappoint.  Lawyers from around the world gathered in Toronto to exchange experiences and ideas on a range of cutting-edge themes.

Highlights of this year’s UIA for me included the media law and sports law panels.  The media law panel was coordinated by Emmanuel Pierrat, of Cabinet Pierrat, and Jean-Yves Dupeux, of Lussan & Associés, both in Paris.  The sports law panels were coordinated by Fernando Veiga Gomes, Abreu Advogados, Lisbon; Robert J. Caldwell, Kolesar and Leatham, Las Vegas; and Emanuel Macedo de Medeiros of the International Centre for Sport Security, an NGO based in Doha.

The media law program asked panelists to examine how "irresponsible" and "responsible" journalism are faring in today's legal systems.  Thierry Bontinck of Daldewolf SCRL in Brussels ran through recent developments in the European Court of Human Rights.

We’ve always known that the European approach to freedom of expression is characterized more by balance than the presumption-rebuttal approach of the U.S. First Amendment.  That tension goes a long way to explain U.S. reluctance to enforce foreign libel judgments over the decades, a reluctance codified in the SPEECH Act during the Obama Administration.  But Bontinck’s analysis shows a recent trend in the ECtHR to further downplay the primacy of free speech, putting it on par with competing interests, such as privacy, fair trial, and law enforcement.

It is not clear to me whether this trend will further alienate Europe from fundamental rights analysis in U.S. constitutional law, or might be running in parallel to a trending subordination of free speech in our own courts.  Frankly I would welcome the change here were rights of reputation and privacy to elbow a little more room for themselves in our First Amendment law.  But I would be less eager to embrace a free speech trade-off with more abrupt implications of state power, such as surveillance by law enforcement.

Litigation against Saudi Arabia and the FBI

Also on the media law panel was Thomas Julin of Gunster Yoakley & Stewart, P.A., Miami.  Julin gave an expert overview of developments in American media law.  Yet most captivating was his update on the efforts of families to sue Saudi Arabia in S.D.N.Y. for September 11 losses, more than US$100bn in damages, under Congress’s remarkable waiver of the Saudis’ foreign sovereign immunity.

Julin represents the award-winning Florida journalist Dan Christensen in FOIA litigation against the FBI, now going to the Court of Appeals, for records related to 9-11 investigation of the Saudis.  Needless to say, plaintiffs in the New York litigation are carefully watching the collateral FOIA litigation, which could unlock a vault of evidence.

Julin pointed out that Saudi moves toward commercial and political liberalization, such as a planned IPO of the oil industry in New York and even the recent announcement that Saudi women would be allowed to drive cars, might be a function of U.S. liability exposure.

In running down U.S. legal developments, Julin talked of course about the Hulk Hogan case, Bollea v. Gawker ($140m verdict, $31m settlement) and the Pink Slime settlement (Beef Products, Inc. v. ABC, Inc.).  Although the Pink Slime settlement was confidential, Julin said that SEC filings disclosed a $177m pay-out from ABC News parent Disney to the beef industry (on its $1.9bn claim), and that doesn’t include losses covered by insurance.  That might be the biggest defamation settlement in the world, ever, Julin noted.

From the audience, Jim Robinson of Best Hooper Lawyers, Melbourne, Australia, added to the mix Rebel Wilson’s record-setting A$4.57m win in Victoria.  All this led Julin to express some concern about whether New York Times v. Sullivan today carries waning cachet (a mixed blessing in my opinion).

One case the panel examined involved the hit of NHL player Dennis Wideman on linesman Don Henderson in January 2016.  The video (e.g. SportsNet Canada) is not pretty, but it turns out there is much more than meets the eye.  In the video, at first blush, Wideman seems quite deliberately to hit the linesman from behind.


In context, however, Wideman was coming off of a concussive blow into the boards himself.  Stoykewych explained that Wideman was woozy, and what looks like a raising of his stick to strike Henderson can in fact be explained as a defensive maneuver whilst skating into an unidentifiable obstacle, if not a perceived opponent on the attack.  Casserly moreover suggested that Wideman’s plight might be likened to the exhausted fighter who inexplicably starts beating on an intervening referee.  The NHL rule on intentional strikes is all the more confounding, as it seems to define intent with an objective reasonableness test.

Ultimately the players’ union won reduction of Wideman’s heavy sanction to something like time served.  The case occasioned a vibrant discussion of evidentiary procedures, decision-making standards, and review standards in sport arbitration.  In the bigger picture, the case makes for a fascinating study of civil culpability standards and comparative dispute resolution mechanisms.

Moderated by Macedo de Medeiros, the second sports law panel comprised Randy Aliment of Lewis Brisbois Bisgaard & Smith LLP in Seattle, Washington; Matthew Shuber of the Toronto Blue Jays Baseball Club; and Veiga Gomes.  The panel occasioned introduction of the Sport Integrity Global Alliance, a meta-organization born in 2015 to bolster integrity in global sport governance.  Not many people need to persuaded any longer, since the FIFA Sepp Blatter fiasco, of the problem of corruption in world sport.  Boston's and Hamburg’s disgruntled withdrawals from Olympic contention spoke volumes about skepticism of sporting mega-events, and I for one wonder at Eric Garcetti’s embrace of Olympic promise for Los Angeles. 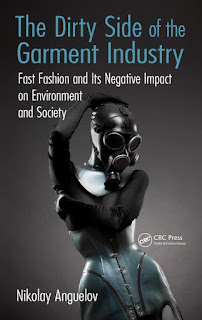 Yet the corruption problem infects more than just the highest echelons of sport governance, as money filters through so many political layers and across so many social sectors.  Veiga Gomes illustrated for example:  Ninety percent of European footballs clubs do not publish their books, enjoying utter opacity in their accounting.  At the same time, 77% of European clubs are insolvent or “close to insolvent.”  Meanwhile, FIFA, UEFA, and the European football associations generate more than US$3bn in annual revenue.  So where is all that money going?  Thus, Veiga Gomes concluded, a “major transparency problem” renders football vulnerable to corruption and organized crime.

Though I was not able to spend as much time there as I liked, the UIA commissions on contract law, fashion law, and intellectual property law put on a fabulous full-day working session on “launching a fashion label business,” ranging across the areas of law practice implicated by a fashion-label client.  Sharing the helm of this ambitious program was an IP lawyer whom I admire, Gavin Llewellyn, of Stone King LLP, London. 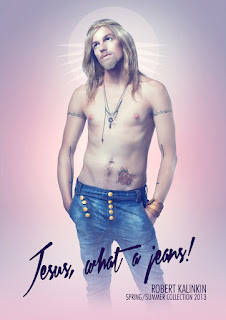 Taking part in the program was my friend and esteemed colleague from UMass Dartmouth Public Policy, Professor Nikolay Anguelov.  Dr. Anguelov talked essentially about the thesis of his book, The Dirty Side of the Garment Industry: Fast Fashion and Its Negative Impact on Environment and Society.  His talk made a vital and unusual contribution by making lawyers in the business think about the externalities of their commercial work in many dimensions, including social, economic, and environmental.  Credit to Llewellyn for bringing in Anguelov.

For every snippet of the fashion law program I was able to catch, I learned something.  My favorite takeaway was a discussion by Renata Beržanskienė, of the Sorainen law firm in Vilnius, Lithuania, about the “Jesus Jeans” case.  The case involves clothing and its advertising by the Robert Kalinkin fashion house.  Provocative images of a shirtless Jesus wearing Kalinkin jeans drew a public morals fine from the Lithuanian consumer protection authorities under national advertising law.  Presenting issues in free expression, commercial speech, and public authority to regulate morality, the case is pending before the European Court of Human Rights.

Posted by Richard Peltz-Steele at 5:00 AM