In 2012, fire ravaged a textile factory in western Karachi, killing 260 and injuring 32.  The fire occurred only hours after a shoe factory fire in Lahore killed scores, and two months before the Dhaka fire in Bangladesh killed more than 100 and injured 200.  The Karachi fire is now the subject of civil litigation in Germany, taking advantage of a federal law that does what human rights advocates would like to see happen—but probably won't—under the U.S. alien tort statute, 28 U.S.C. § 1350.

These recurring factory tragedies have short half-lives in western media, owing to time-honored if callously objective journalistic measures of relevance (e.g., Jacoba Urist in The Atlantic).  But the connection between these deaths and our daily lives in the west runs much deeper.  These deaths represent just one adverse consequence of fast fashion, the global commercial trend that gives us retail clothing at an affordable cost that dramatically undervalues human and environmental externalities.  My friend and colleague Nick Anguelov (Twitter) speaks powerfully on this subject and wrote about it in his 2015 book, The Dirty Side of the Garment Industry (CRC Press, Amazon) (see also Nick at UIA, on this blog).

Claudia Müller-Hoff and Carolijn Terwindt, advocates with the European Center for Constitutional and Human Rights, recently highlighted the German case for the Oxford Human Rights Hub and Law of Nations blogs.  As they explain, a decision is now anticipated on claims in Dortmund by four plaintiffs against KiK, a clothing retailer that was the principal customer of the Karachi factory.  Forensic architects in the U.K., Goldsmiths at the University of London, produced an unsettling and damning video that aided the plaintiff's case, published online two months ago.

A meaningful "win" for plaintiffs came once already in the court's preliminary ruling to admit the case under a German federal law, adopted in December 2016, the "National Action Plan on Business and Human Rights."  The law represented implementation in the EU of the U.N. Guiding Principles on Business and Human Rights, which are, in turn, an instrument of the corporate social responsibility movement and under the umbrella of the U.N. Sustainable Development Goals.

The German law, as reported by Müller-Hoff and Terwindt, states: “Anyone who considers that his or her rights have been infringed in Germany by the actions of an enterprise can make claims before the civil courts.”  The law is heralded as an important advancement for human rights protection in the vein of universal jurisdiction, though it reasonably does require a jurisdictional connection to Germany.

The KiK case has a parallel in the U.S. alien tort case currently pending in the U.S. Supreme Court, Jesner v. Arab Bank (SCOTUSblog).  Jesner was heard in oral argument in October; see this excellent analysis by Amy Howe.  The dispute in Jesner focuses principally on whether the alien tort statute applies to corporations.  Meant to give U.S. courts jurisdiction over violations of international law, probably to protect commerce, the statute dates to the Judiciary Act of 1789, when corporations and international law were both very different from what they are today.

The U.S. Supreme Court has evidenced reluctance to construe the statute as broadly as its text might suggest in contemporary terms.  Previous case law established that the statute cannot reach a "foreign cubed" case—foreign plaintiff, foreign defendant, and foreign soil—but myriad questions remain.  Since the 1980s, human rights advocates have championed the alien tort statute as an appropriate mechanism to protect human rights abroad.  The WNYC podcast More Perfect did an outstanding episode in October on the history of the statute: Enemy of Mankind.  (Amy Howe also wrote a good summary here.)  For the skeptical view of Jesner's and the statute's viability in this vein, see an excellent op-ed by Professor Samuel Estreicher in the New York Law Journal in January.

There has been some speculation that the Court might duck the corporate liability question in Jesner by ruling instead that the case is foreign cubed.  And there lies the interesting parallel to KiK.  The plaintiffs in Jesner seek to hold Amman-based Arab Bank liable for financing terrorism in Israel and Palestine.  To satisfy the "touch and concern"-the-United-States jurisdictional test, plaintiffs-petitioners rest their case on a rather thin reed: that a U.S. office of the bank had a hand in laundering funds for Hamas.  In Germany, the only link to German jurisdiction is KiK's role as principal buyer from the Pakistani factory. It's hard to imagine such a connection supporting liability in conventional tort analysis in American law; think of Apple's more-moral-than-legal responsibility for working conditions at Chinese Foxconn.

The German law certainly steps out in liability exposure in a way that American law does not permit.  If the alien tort statute is not an appropriate vehicle to effect human rights accountability in the American private sector, and subsequent legislation is not forthcoming, the United States will be increasingly divergent from the EU in relying on market forces alone to ensure corporate social responsibility.  And as Shankar Vedantam of The Hidden Brain reported on NPR, the free market might not cut it.

[UPDATE: On April 24, 2018, the U.S. Supreme Court held, in Jesner v. Arab Bank, 5-4, that foreign corporations may not be held liable under the U.S. Alien Tort Statute.]
Posted by Richard Peltz-Steele at 9:40 AM No comments:

Just more than a week ago, the Massachusetts Supreme Judicial Court (SJC) issued an adroit and important decision on drug manufacturer liability.  In a decision worthy of other states’ attention, the SJC allowed a common law recklessness claim for failure to warn, unobstructed by federal preemption.  The case is Rafferty v. Merck & Co., No. SJC-12347 (Mar. 16, 2018) (PDF), per Chief Justice Ralph Gants.

It was in the last season of Boston Legal in 2008 (s5e02) that Alan Shore (James Spader), maybe my favorite TV lawyer, took on Big Pharma, right on the heels of victory over Big Tobacco.  In real life, Big Pharma has long been about the business of avoiding tort liability.  When labeling defects have been alleged, the Big Pharma defense has found traction in federal preemption, owing to the FDA’s close supervision of labeling under the Food, Drug, and Cosmetic Act, 21 U.S.C. §§ 301, et seq.

One thread of this debate involves the relative responsibilities of brand-name and generic manufacturers.  In 2011, in PLIVA, Inc. v. Mensing, 564 U.S. 604, the U.S. Supreme Court, 5-4, rejected liability for a generic drug maker accused of failure to warn of side effects when the label matched that of the brand-name equivalent. 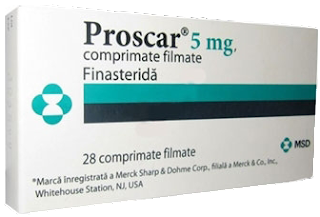 In the SJC last week, the plaintiff also was injured taking a generic drug, but sought to hold the brand-name maker accountable in negligence and consumer protection, accusing the maker of failure to warn on the label that the generic provider copied.  The plaintiff took the generic drug finasteride, in lieu of defendant Merck’s brand-name drug Proscar, to treat an enlarged prostate.  The label warned of sexual dysfunction as a temporary side effect, but the plaintiff experienced persistent dysfunction.  The plaintiff alleged that Merck was aware of the risk from several studies and had changed the warning label accordingly in some foreign markets, including Italy, Sweden, and the United Kingdom.

Significantly, then, the plaintiff admittedly complained against a defendant whose drug he did not take.  But the plaintiff traced causation to Merck, because FDA regulation of generic drugs compelled the generic maker to copy the Merck label, and PLIVA precluded liability for the generic maker.  The trial court dismissed, holding that brand-name-maker liability to a patient who did not take the maker’s drug also would “disturb the balance struck” by statute and regulation for the approval of generic drugs.

The SJC regarded the problem as one of duty.  Typically, the court explained, a manufacturer owes a duty of care only to consumers of the manufacturer’s own products.  The First Circuit upheld that logic in a 1983 case under Massachusetts law, Carrier v. Riddell, Inc., 721 F.2d 867.  The court, per then-Circuit Judge Stephen Breyer, denied recovery to a high school football player who blamed a helmet defect for his severe spinal injury.  He had not used the defendant-manufacturer’s helmet, but teammates had.  He alleged that had the defendant properly labeled its helmets, he would have been informed properly about his own.  The SJC further analogized the problem to the effort to hold responsible for a shooting an earlier-in-time actor accused of failing to secure the firearm.  The key to this duty analysis, the court explained, is the foreseeability of a plaintiff-victim—reminiscent of Judge Cardozo’s classic “orbit of duty” analysis in Palsgraf.

Duty in the drug liability problem, the SJC reasoned, is not the same as the product liability analysis in Carrier.  Rather, consistently with the federal regulatory scheme, Merck knows that generic manufacturers will be compelled to rely on its labeling.  Merck therefore has control over the generic label, and duty follows control.  One might say that the consumers of the generic drug are therefore foreseeable victims, for duty purposes, or that the chain of proximate causation runs intact through the intermediary generic maker, because the intermediary lacks control over the label.  Like Palsgraf itself, the case demonstrates the fluid interchangeability of duty and causation.

The court wrote: “We have nevertheless consistently recognized that there is a certain core duty—a certain irreducible minimum duty of care, owed to all persons—that as a matter of public policy cannot be abrogated: that is, the duty not to intentionally or recklessly cause harm to others.”  The court analogized to the duty of care owed by defendants in other exceptional areas of Massachusetts tort law: landowner to trespasser, defamation defendant to public figure, bailee to bailor, and athletes and coaches to competitors.

Otherwise put, the court maintained the essential balance of tort law upon its four fundamental elements, duty, breach, proximate cause, and injury.  The extension of liability to a defendant-manufacturer who did not actually make the injurious product depressed the thresholds for duty and causation.  To maintain balance, the requisite standard of breach is amplified to recklessness or intent.  Physical injury remains constant.

Chief Justice Gants’s opinion in Rafferty is insightful and masterful.  It takes account of the greater endeavor of tort law to define civil wrongs, while balancing the corrective role of the judiciary with the policy-making role of the legislative and executive branches, and also striking a balance in federalism between tort accountability in the states and market regulation under the Commerce Clause.  At the same time, the decision recognizes how these balances are struck across the body of tort law in areas that usually seem only distantly related, from premises liability to reputational harm to sports.  This would be one for the casebooks, if casebooks were still a thing.

Posted by Richard Peltz-Steele at 11:58 AM No comments: