In August, the Singapore Supreme Court refused to adopt the tort of abuse of process and refused to extend the tort of malicious prosecution to the civil context.  The case is Lee Tat Development Pte Ltd v. Management Corp. Strata Title Plan No 301, [2018] SGCA 50 (Aug. 17, 2018) (summary).

The court opinion, which ranges over more than 100 pages, is a remarkable work of jurisprudence and should not go unnoticed by comparativist students of common law.  The opinion was authored by Associate Justice Andrew Phang Boon Leong.  Justice Phang is a Harvard LL.M./S.J.D. who worked his way up the academic ranks in law, business, and management in Singapore before his appointment to the bench about a dozen years ago.  He has a treatise in contracts among his bona fides.  I owe my awareness of this decision to James Lee, equity scholar and reader in English law at The Dickson Poon School of Law, King's College London.

My purpose here is not to get into the merits or challenges of the torts of abuse of process and malicious civil prosecution.  Suffice to say that if that is your interest, this opinion is mandatory reading.  From the 20,000-foot perspective, I'll say that for many years I did not teach these torts in 1L beyond the bare bones mentioned in my CAP casebook by Prof. Marshall Shapo.  Increasingly I'm feeling like I need to give these torts more bandwidth.  I'm not sure whether it's a function of coarsening society, a natural evolution of common law, or me just paying better attention, but I feel like these "meta-torts"—that is, torts about tort litigation; my term, not to be confused with meta-humans, nor with Birks, et al.'s quasi-tort equitable wrongs—are getting more play today than they used to.  Accordingly, this year I drafted multistate rules to guide students, and at some point, I will add the rules to my American torts primer.

Instead I want to share three favorite bits of Justice Phang's opinion.  The first thing to notice here for the comparativist is that Singapore is a common law jurisdiction.  I confess, it's not the first nation I think of when reeling off a list of common law countries.  For an academic, it might ought be.  (I have been there, and it is a lovely, unique place.)  Singapore inherited English common law by way of the British East India Co., a distinction in which, of course, it is not unique.  At the same time, Singapore's unusual role as a tiny economic powerhouse, dependent on and defined by its commercial relationships with the world, make its common law a unique and worthy study in internationalism.  Thoughtful and contextualized, Justice Phang's opinion exemplifies this point.  For survey research, the court thanked academic amicus Prof. Gary Chan, a colleague of Phang's from the law school at Singapore Management University. 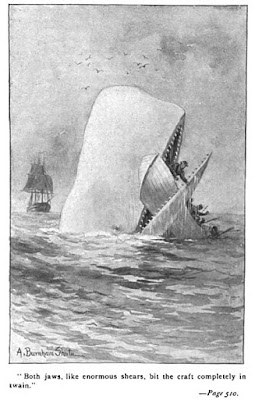 As the Judge observed [in the High Court], this is yet another legal tussle in a series of bitterly fought litigation between the parties which stretches across more than four decades and which hitherto has resulted, inter alia, in five decisions of this court, excluding the present decision.  In the last of those decisions, this court characterised the protracted quarrel between the parties as a "marathon saga of litigation" [citation omitted].  At this juncture, some seven years and yet another set of proceedings later, it seems appropriate to say, in the words of Herman Melville, that it is a "quenchless feud" (Herman Melville, Moby-Dick; or, The Whale (Norton, 1892) at p 169).

That this dispute arose in what appears to be a Singaporean iteration of the Hatfields and the McCoys does bolster the court's conclusion on meta-torts.  If transaction costs are part of the problem in your legal system—we know they're a huge problem in the American system—you might want to think twice about piggyback litigation.  At some point the law of diminishing returns eclipses justice in the dogged search for truth.

In considering possible recognition of the torts of malicious civil prosecution and abuse of process in Singapore, we bear in mind the oft-quoted observations by Denning LJ (as he then was) in the English Court of Appeal decision of Candler v Crane, Christmas & Co [1951] 2 KB 164, where the learned judge drew (at 178) a distinction between "timorous souls who were fearful of allowing a new cause of action" and "bold spirits who were ready to allow it if justice required".  These observations have, in fact, been quoted more than once by this court itself [citations omitted].  However, there is a limit to judicial law making.


This is a beautiful treatment of the seeming conflict between common law as a law-making device, renowned for its very capacity to grow and adapt to new circumstances, and the fundamental identity of the western judiciary as a creature of only corrective justice in the Aristotelian mold.  Otherwise put, the enterprise of common law often seems at odds with the purportedly non-normative job of the judge.  To set the problem in its popular American baseball metaphor, when is a judge, whose job it is only to call balls and strikes, duty-bound to change the size of the strike zone?  This problem in relation to the nature of the common law enterprises has been a puzzler in the United States at least since Holmes's Common Law and has at times generated nuances of distinction between otherwise like-minded judges in such a way as to vex legal scholars.

Of the Norman Conquest.  In examining the policy rationale for malicious (criminal) prosecution to test its applicability in the civil context, Justice Phang (¶ 87) traced the division between criminal and civil law to 1066:

The character of a criminal prosecution, carried out with a view to punishing a public wrong, is fundamentally different from that of a civil prosecution which is carried out with a view to vindicating a private right.  The difference between these two types of proceedings was explained in the following passage from an earlier decision of this court, Public Prosecutor v. UI [2008] 4 SLR(R) 500 at [52]:

... With the reign of William the Conqueror, the [English] criminal justice system, as it then stood, changed drastically.  A distinction was created between liability for private wrongs and liability for public wrongs.  Sir William Blackstone explained clearly the distinction between public wrongs and private wrongs in Commentaries on the Law of England vol 4 (A Strahan, 15th Ed, 1809) as follows (at p5):


As a result of the above change in the English criminal justice system, the individual victim was replaced by the State.  The offence was considered to be committed against the State and the liability of the offender was, accordingly, owed first and foremost to the State.  This is the criminal justice system which Singapore has inherited and maintains to this day.... [emphasis added by Justice Phang].


Justice Phang (¶¶ 88-90) derived from this history three salient distinctions between criminal and civil process.  First, criminal charges more than civil claims can impugn a defendant's reputation in the community.  Second, the consequences of criminal conviction are more invasive of the defendant's rights than the consequences of civil liability.  Third, criminal prosecution is an enterprise of public authorities, while civil prosecution is a private pursuit.  In all three respects, then, the need for a remedy to malicious prosecution is greater in the criminal context than in the civil context.

A useful review of abuse of process, malicious (criminal) prosecution, and "malicious use of civil process" in American law can be found in Barry A. Lindahl, 4 Modern Tort Law: Liability and Litigation ch. 40 (updated June 2018) (available on Thomson Reuters Westlaw), which begins (§ 40.1) by differentiating the three concepts.  Meanwhile Justice Phang's opinion in Lee Tat takes an elegant snapshot of the common law world.
Posted by Richard Peltz-Steele at 6:00 AM