Takings are out of control; whither went democracy?

My colleague Prof. Ralph Clifford is cited and quoted in this item from the Pacific Legal Foundation. The PLF opined with disapproval upon takings problems in which the government essentially exploits the takings power after discounting property value by tax liability, a one-two punch, kicking the owner to the street. 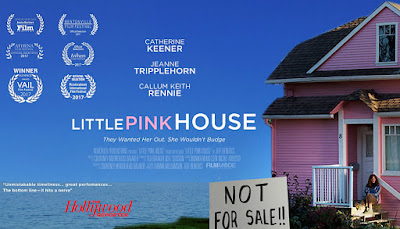 The abuse is compounded by the continuing latitude of governments to line the pockets of private investment with the proceeds of takings, upheld in Kelo v. New London (2005).  See also the award-winning documentary Little Pink House (2017), and a mouth-watering Kelo epilog.

This on the heels of discussion at UMass Law last week of a U.S. Supreme Court cert. petition filed in Smyth v. Conservation Commission of Falmouth (Mass. App. Ct. Feb. 19, 2019), now No. 19-223 (pet. filed U.S. Sept. 19, 2019), in which the Massachusetts Court of Appeals rejected a takings claim upon denial of a building permit.  (HT@ Dean Eric Mitnick.  The court heard arguments in the case at UMass Law last year.)

One doesn't have to look far nowadays for abuses of governmental power that are bipartisanly objectionable yet persist to the shameless aim of making the rich richer.  I'm presently reading Amor Towles's A Gentleman in Moscow, a fiction about the aftermath of the Russian revolution; when you're a libertarian and you start thinking "those Bolsheviks weren't all bad," something has gone awfully wrong in America.

Here is an excerpt of the PLF item:


Uri is a retired 83-year-old Michigan engineer, and in 2014 he accidentally underpaid, by $8.41, the property taxes on a home he rented out. But instead of notifying him of the issue and helping him, his county government seized the home and sold it at auction for $24,500. The county then kept all the proceeds—leaving Rafaeli with nothing.
All for an 8 buck mistake.

That may sound like an extreme and unusual case. But in fact, this type of tax forfeiture abuse, called home equity theft, is completely legal in 13 states.

In Alabama, Colorado, Maine, Massachusetts, Michigan, Minnesota, New York, North Dakota, Oregon, and Wisconsin, governments not only keep the value of unpaid property taxes and interest from the sale of a seized home—they also keep the surplus value rather than returning it to the property owner. In Arizona, Colorado, Illinois, Massachusetts, and Nebraska, private investors often reap the gains of home equity theft.

Here is the abstract of Prof. Clifford's 2018 study:


The predominant method for collecting delinquent real estate taxes in Massachusetts is the use of the “tax deed” as authorized by Chapter 60, Sections 53-54. Under the authorized procedures, each municipality’s tax collector can execute and record a deed that transfers fee simple title to the real estate to the municipality subject to the taxpayer’s statutorily created redemption right. If the redemption right is or cannot be exercised, all of the taxpayer’s rights in the property, as well as other’s rights created by encumbrances such as mortgages, are terminated by the foreclosure process provided for in the statute. Importantly, the municipality does not obtain title to the taxpayer’s land by foreclosure; instead, it merely frees itself of any remaining claim by the taxpayer.

The problem with the tax deed procedure is that it fails to provide both procedural and substantive due process to the taxpayer. Procedurally, although adequate notice is given, title to the taxpayer’s real estate is taken by the government without a hearing. Based on an unreviewed decision by a municipal tax collector, the taxpayer immediately loses title to the land. Substantively, by using a tax deed, the municipality engages in the taking of property without providing reasonable compensation. The value of the land taken for payment of the tax debt is not evaluated in the context of the debt owed. Empirical evidence shows that the property’s value significantly exceeds the debt owed, giving the municipality the ability to collect almost fifty dollars for every dollar of delinquent real estate tax owed, on average. Each year, approximately $56,000,000 is unconstitutionally appropriated from taxpayers. This article explores these problems.

And here are the questions presented in the Smyth petition:


In Penn Central Transp. Co. v. N.Y., 438 U.S. 104 (1978), this Court held that Fifth Amendment “regulatory takings” claims are governed by three factors: the “economic impact” of the challenged regulatory action, the extent of interference with a property owner’s “distinct investment-backed expectations” and the “character of the governmental action.” Id.

The Massachusetts Appeals Court applied the Penn Central factors to hold that Respondent Town of Falmouth (Town) did not unconstitutionally take Petitioner Janice Smyth’s (Mrs. Smyth) property by denying a permit to build a home. Mrs. Smyth’s parents purchased the lot in 1975 for $49,000 ($216,000 in today’s dollars), but did not develop it. In the meantime, the entire subdivision was developed. When Mrs. Smyth inherited the lot and sought to build, the Town refused to grant a permit based on regulation post-dating her interest. The denial left Mrs. Smyth’s lot without any possible use except as a “playground” or “park,” and stripped it of 91.5% of its value. Yet, the court below held that none of the Penn Central factors weighed in favor of a taking under these circumstances.

The questions presented are:

1. Whether the loss of all developmental use of property and a 91.5% decline in its value is a sufficient “economic impact” to support a regulatory takings claim under Penn Central.

2. Whether a person who acquires land in a developed area, prior to regulation, has a legitimate “expectation” of building and, if so, whether that interest can be defeated by a lack of investment in construction?

3. Whether the Court should excise the “character” factor from Penn Central regulatory taking analysis.

My Comparative Law class is reading about democratic deficit in Europe.  It's a good time to remember that the study of comparative law can be as much about similarities as differences.
Posted by Richard Peltz-Steele at 10:25 AM