Reversing and remanding an order for new trial in a personal injury-product liability case over a $5 Wendy's hamburger, the Massachusetts Appeals Court today issued an opinion on jury argument fit to serve as a teaching tool in trial practice.

Plaintiff's counsel made improper "golden rule" and "reptile" arguments in closing, the Appeals Court concluded.  But the trial court did not fully and fairly assess whether prejudice resulted before rejecting the jury verdict and ordering a new trial.

In 2011, the 34-year-old plaintiff suffered a gruesome dental injury while eating a $5.64 small plain hamburger from the Wendy's fast-food restaurant in Medford, Massachusetts.  Skip this block quote (footnotes omitted) if you don't feel strong in the stomach today.  But if you're into this sort of thing, there's more in the opinion.


On the third or fourth bite, she heard a loud crack and crunching, and felt a pain shoot up into her upper left gum. She spit out the half-eaten food and discovered that her mouth was bleeding and one of her upper left molars (tooth 14) was split in two. The injury was caused by a piece of bone in the hamburger.

The bone had split tooth 14 well below the gum line, and the dental nerve was sheared, bleeding, and exposed. The bone also caused minor damage to the opposing lower molar (tooth 19), which was easily repaired with a filling. But repairing tooth 14 was not a simple matter and required at least twenty-three trips to various dentists over the next two years.

In its 38-page opinion, the court gave a blow-by-blow of the entire trial, just two half-days, from opening to closing arguments with ample quotations.  That rendition in itself is a great teaching tool. 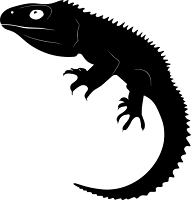 The salient problems arose for the plaintiff in the closing argument.  Long quotes are given in the opinion, but the trial judge summed it up.


[S]he concluded that plaintiff's counsel's closing argument (1) improperly created an "us versus them" dichotomy designed to distinguish "'us,' the average people" from "'them,' the big corporations"; (2) "improperly suggested that the jury decide the case as 'the voice of the community' to 'send a message' beyond the courtroom," and sought "to arouse in the jury a sense of duty to safeguard the community" from generalized safety concerns; (3) improperly invoked the "golden rule" by asking the jurors to place themselves in the plaintiff's shoes; (4) improperly interjected counsel's own personal opinions and beliefs; and (5) resorted to rhetorical principles "described in the book [D. Ball & D. Keenan,] Reptile: The 2009 Manual of the Plaintiff's Revolution" (book).

Oddly enough, I just this week read in the ABA Journal about how that Ball & Keenan book is vexing the defense bar.


(A) to misstate the evidence, to refer to facts not in evidence (including excluded matters), to use evidence for a purpose other than the limited purpose for which it was admitted, or to suggest inferences not fairly based on the evidence;

(B) to state a personal opinion about the credibility of a witness, the evidence, or the ultimate issue of guilt or liability;

(C) to appeal to the jurors' emotions, passions, prejudices, or sympathies;

(D) to ask the jurors to put themselves in the position of any person involved in the case;

(E) to misstate principles of law, to make any statement that shifts the burden of proof, or to ask the finder of fact to infer guilt based on the defendant's exercise of a constitutional right; and

(F) to ask the jury to disregard the court's instructions. 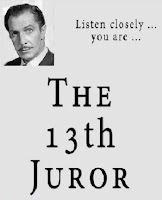 Nevertheless, the appeals court faulted the trial judge: "The judge acknowledged that she had given curative instructions but deemed them inadequate without explanation."  When the jury returned a verdict for $150,005.64, the lowest amount suggested by plaintiff's counsel, plus the cost of the hamburger, it came without evidence of prejudice.  The Appeals Court admonished "that a judge is not to 'act merely as a "13th juror" [to] set [the] verdict[s] aside simply because he would have reached a different result had he been the trier of facts'" (quoting precedent).

At minimum, the trial judge applied the wrong procedural standard, holding over the defense motion for mistrial from before the verdict to after, rather than requiring (or raising sua sponte) and analyzing a motion for new trial after the verdict.  Thus the Appeals Court vacated the new-trial order and remanded for proper consideration.

The case is Fitzpatrick v. Wendy's Old Fashioned Hamburgers of New York, Inc., No. 18-P-1125 (Mass. App. Ct. Nov. 7, 2019).  Wolohojian, Blake, & Shin, JJ., were on the unanimous panel, the Hon. Gabrielle R. Wolohojian writing.  The trial judge was the Hon. Heidi E. Brieger, who teaches adjunct at her alma mater, Boston University Law School.  Matthew J. Fogelman appeared for the plaintiff.  In the 1990s, he was editor-in-chief of the student newspaper Argus at Wesleyan University.  Christopher A. Duggan and Pauline A. Jauquet represented defendants Wendy's and beef producer JBS Souderton, Inc.
Posted by Richard Peltz-Steele at 11:08 AM