Book Review: So You've Been Publicly Shamed, by Jon Ronson 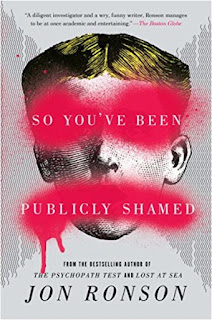 In an afterword to his 2015 book, Jon Ronson reported that So You’ve Been Publicly Shamed was not the first-draft title.

By Ronson’s broad definition of public shaming, I’ve been there.  Ronson does little to distinguish those who fairly earned some degree of public shaming—such as a journalist who made up quotes—from those who were disproportionately rebuked, or just misunderstood, or falsely maligned.  Ronson’s light touch with judgment—he admits he has not always been so evenhanded in his own social media life—frustrated me at first, as I’m one who likes to see justice done, or at least to wring my hands when it’s not.  However, I came to appreciate Ronson’s approach.  His reluctance to reach normative conclusions forced me, as reader, to acknowledge my own.  Do I really know how This American Life fact-checks, say, David Rakoff, versus Mike Daisey (see “Retraction”)?  Do I need to have an opinion at all on what consenting adults do in their sex dungeon?  (See also extended adventures with Jon Ronson in the porn world at his 2017 podcast, The Butterfly Effect, coming to iTunes free in November.)

Judgment would get in the way of Ronson’s search.  Chapter to chapter, Ronson leads us in a dogged effort to understand the shaming mob.  (Cf. the excellent work of Prof. Ken Westhues on mobbing.)  When does the mob spring into action, and when does it not?  Ronson tells stories of public shamings from the perspectives of the victims.  He went to the trouble of tracking them all down to get their stories; the Internet doesn’t usually bother.  (In my experience, neither does The New York Times, nor even a respectable author.)  Can the victim do anything to fight back against a public shaming?  Ronson gives us a fascinating glimpse into the sometimes shady world of online reputation management.  And ultimately:  Is there such a thing as redemption in the Internet age?

That was the question that kept me turning pages.  Coverage of Ronson’s book since 2015 really obsessed on the implications of social media, but this book is about so much more than that.  Despite my ongoing research into online erasure, or “the right to be forgotten” (e.g., here and here, and an exciting panel discussion at NCA 2016, reported here and here), I was surprised to see Ronson make the connection.  He considers the RTBF later in the book, tackling the conflicted feelings about RTBF that a lot of people in the journalism world have over interacting rights to expression, privacy, and identity.

I continue to be captivated by the redemption problem, which I wrote about in a Washington Post opinion column some years ago.  I won’t tell where Ronson’s search leads, because that would spoil the fun.  Suffice to say, there’s plenty of work yet to do, if justice is really our aim.

Posted by Richard Peltz-Steele at 11:51 AM 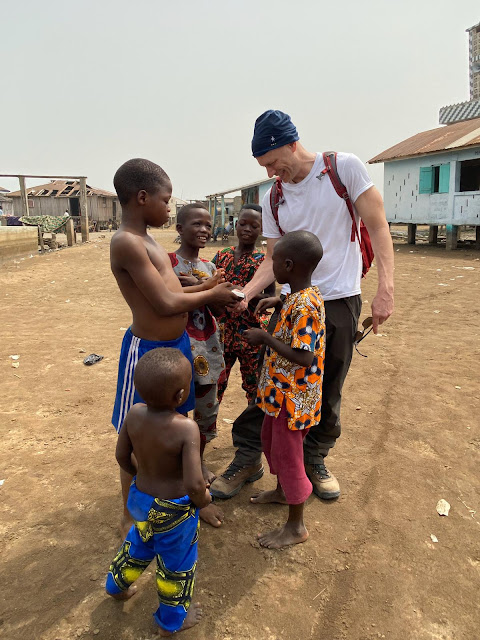