Looking over Judge Gorsuch’s opinions, I was reminded of his role in a media law case of recent note.  Judge Gorsuch in 2011 wrote the Tenth Circuit’s opinion affirming judgment for defendant in Bustos v. A&E Television Networks, 646 F.3d 762, which occasioned a discussion of falsity in defamation law.  Extrapolation is hazardous, but Bustos might evidence some hallmarks of what will become Justice Gorsuch’s jurisprudential style.

Bustos arose from the History Channel’s compelling documentary series, Gangland, in particular the premier special episode in 2007, “Aryan Brotherhood,” which examined the prison gang of the same name.  A super-max inmate in Colorado, Jerry Lee Bustos happened to have been captured by video surveillance in a prison fight.  That video found its way into Gangland, suggesting to viewers that Bustos was a member of the Aryan Brotherhood.  The representation yielded death threats against Bustos in prison, he complained, because the gang itself perceived Bustos, a Hispanic man, as having misrepresented himself.  Bustos sued History parent A&E for defamation.

The essence of the falsity allegation in Bustos was that he was a member of the Aryan Brotherhood.  That allegation carried some additional baggage with it, too.  Considering Bustos’s ethnicity, his membership in a white supremacist organization would carry what the court called a “special sting.”  Moreover, Gangland described murder as a rite of passage prerequisite to gang membership; so in effect, Bustos reasoned, he was cast as a murderer.

Defamation requires falsity.  Historically, the defendant bore the burden of proving truth as an affirmative defense.  But the “constitutionalization” of defamation in the First Amendment jurisprudence of the U.S. Supreme Court in the latter half of the 20th century forced the defendant’s burden in some cases to shift instead to the plaintiff, as a burden to prove falsity.  The ultimate reach of constitutionally compelled burden-shifting is still disputed today.  But many states by common law or statute have anyway moved the burden to the plaintiff.  The notion of requisite falsity is well ingrained in defamation law now, so a defendant’s motion for judgment on grounds of no false assertion is a routine move.

Dissecting the requirements of Colorado defamation law, the court, per Judge Gorsuch, observed the requirement that a defamatory statement be materially false.  Inconsequential error does not render a false statement “false” in defamation law.  The materiality requirement “works as a screen against trivial claims.”  The relevant touchstone is the effect on the reputation of the plaintiff.  The court must “assess the materiality of a misstatement by comparing the damage it has done to the plaintiff's public reputation to the damage the truth would have caused.”

That analysis did not put Bustos’s claim in a favorable light.  He had an association with the Aryan Brotherhood, if not a membership.  In the past, “Bustos [had] agreed to receive balloons filled with heroin from a prison visitor; insert them into his body; and then pass them along to three prison gangs, including the Aryan Brotherhood.”  When the plan was busted by prison authorities, “Bustos sent a handwritten apology to an Aryan Brotherhood leader,” calling him “bro” with “respect,” promising the balloons would yet be delivered, and sending regards to other members.  The court concluded that in the estimation of the Gangland viewer, as to Bustos’s reputation, membership in the gang was not materially different from conspiracy or aiding and abetting.

Though card-carrying membership was an important distinction to the Aryan Brotherhood, and consequently to Bustos, the court refused to recognize defamation within so select a community, citing Colorado law.  And as to the allegation that the public might infer that Bustos committed a murder, well—“we all know now that Mr. Bustos has at least one brutal gang-related attempted homicide in his past.”  The court found again immaterial to public perception of Bustos the difference between his past attempted murder and an implied murder as rite of gang membership.

What does Bustos say about Gorsuch?

It’s dangerous to extrapolate much about a judge from written court opinions—much less just one—which might say more about the law and facts of a case, or the style of a judicial clerk, or the temperament of a judicial panel than about the reputed author-judge.  But that never stops broadcast news, and this is just a blog.  So cautious not to take ourselves too seriously, let’s jump in.

There is delicious evidence in the opinion of Gorsuch’s affection for originalism.  The court offered a short history of the truth defense in common law defamation—and that wasn’t really needed to decide the case under contemporary Colorado law.  After expounding Colorado’s current definition of defamation, the court dug in to the falsity requirement.  The court taught that historically, truth was said to aggravate defamation, rather than to exonerate the defamer.

Even truthful defamation demanded punishment because of its tendency, in the Star Chamber’s estimation, to “incite[] ... quarrels and breach of the peace, and [to] be the cause of shedding of blood, and of great inconvenience.” De Libellis Famosis Case, 77 Eng. Rep. 250, 251 (Star Chamber 1606). Still, this only tells at most half the story. For its part, English tort law took a very different turn, denying compensation to a party truthfully defamed. It did so on the theory that if the statement is true, the plaintiff hadn’t suffered any injury—or at least not any injury he didn’t well deserve. 3 William Blackstone, Commentaries. So, in a twist worthy of an award from the Circumlocution Office, the truth could spare a defendant of liability in civil court only to condemn him to prison in a criminal court across the way. 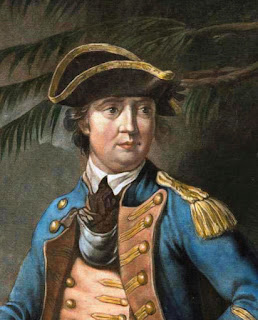 [E]ven more troubling is the [incrementalist] doctrine’s breadth. If an article calls Benedict Arnold a thief and a traitor, the “incremental harm” done by the first statement might be nothing compared to the unassailable truth of the second (entirely unrelated) statement, and this would leave Mr. Arnold to recover nothing for the patently false and defamatory accusation that he’s a thief. . . .  Taken to its logical conclusion, moreover, incremental harm analysis suggests that individuals with really bad reputations in one area may be “libel proof” in all areas, free game for the publication of even the most outrageous and damaging lies. Call Benedict Arnold whatever you like; his public reputation is already so soured by his treason that no incremental harm could be done to it. . . .


That’s General Arnold to you.

The court shores up its opinion with ample and appropriate case law.  The first case cited in the opinion after the Colorado definition of defamation is the media defense staple, New York Times v. Sullivan (U.S. 1964).  Once upon a time, the media defense bar lived with the omnipresent fear that the Rehnquist Court would dismantle Sullivan’s powerful, defense-friendly First Amendment doctrine, so it’s interesting to see how Gorsuch invokes the case:

This [truth] defense has, in comparatively recent years, taken on a constitutional patina, becoming not just a feature of the common law but a First Amendment imperative.


1964 to 2011 is “comparatively recent years” for Gorsuch, who himself was born in 1967.  The fellow has a sense of history.  I’m not sure what it says to describe the Sullivan/Gertz constitutionalization of state tort law as a “patina.”  Maybe because a patina can be polished off?  As someone who thinks that the Sullivan/Gertz doctrine went too far and ironically stunted the evolution of fundamental rights—another post for another day—I’m enticed by the possibility.

Judge Gorsuch’s handling of the Bustos appeal is workmanlike.  Reference to British history and the use of a personality from the American Revolution to illustrate a hypothetical—especially when it’s all in dicta—certainly smack of originalism.  But an interpretivist bent is no surprise in a judge tapped in express memory of Justice Scalia.

Bustos comes off as an erudite opinion, and maybe that sits ill with people, such as Elizabeth Warren, who worry that the Court majority will be disconnected from the trials and tribulations of life for ordinary Americans.  Fair enough, someone whose education resume lists Georgetown Prep, Columbia, Harvard, and Oxford is not your go-to for the experience of the American commoner.  But even Justice Sotomayor went to Yale, so let’s not pretend we’re shopping the whole U.S. News list to populate the federal bench.  As long as we’re playing reindeer games, let’s demand erudition.  I learned something from Bustos.  It’s an opinion I would assign in law school.  That’s a good thing.

The cited “Star Chamber” has unfortunately become a pejorative term, because that English court’s broad powers in equity were too often in its history perverted to the predilections of the powerful.  The story proves Lord Acton’s (and James T. Kirk’s) maxim that power tends to corrupt.  But England had in place none of the checks and balances that the American Framers later developed.  It should be remembered that the Star Chamber was created initially with admirable intentions: an independent judicial body to hold powerful political actors—even monarchs and autocrats—accountable, lest they be corrupted.

Maybe a sense of history is just what we will need.

Posted by Richard Peltz-Steele at 7:36 PM