A number of stories have broken in the last couple weeks that, ordinarily, I would like to write about on this blog.  I've been traveling a good deal and unable to keep up, so here's a short, uh, roundup.  Hat tip to my Torts II class, which is ever vigilant. 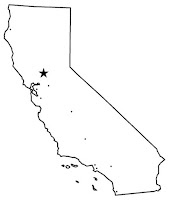 Gun liability—Sandy Hook.  The Connecticut Supreme Court issued its long awaited ruling in the Sandy Hook families' case against gun maker Remington, allowing the case to go forward on one theory of Connecticut consumer protection law.  (NYT, Mar. 14.)  The court delivered 4-3 upon the dubious conclusion that the U.S. Congress, in immunizing gun makers from liability upon a host of tort theories, did not mean to preempt remedies under state consumer protection statutes such as the Connecticut Unfair Trade Practices Act.  The dissent was unpersuaded.  Meanwhile many a pundit had commented on the gun regulatory response pending in New Zealand since the Christchurch attack, marking the contrast with U.S. legislative paralysis amid shootings here.  The case is Soto v. Bushmaster Firearms International, LLC, No. SC-19832.

Wrongful death, collateral estoppel—Aaron Hernandez.  The Massachusetts Supreme Judicial Court reinstated the conviction of former NFL player Aaron Hernandez in the June 2013 murder of Odin Lloyd.  Lower courts had thrown out the conviction after Hernandez hanged himself in prison in 2017.  Massachusetts law appeared to require that the conviction be vacated upon the common law doctrine of "abatement ab initio," because the defense appeal was not resolved when the defendant died.  Instead the Massachusetts high court held that the doctrine is antiquated, and the record should read "neither affirmed nor reversed."  In the case of Lloyd, the victim's mother had settled her civil claim.  But the Court recognized


the potential impact abatement ab initio can have on collateral matters, including undermining the potential application of issue preclusion....  There are a host of potential other interests than can be affected by the outcome of that prosecution and, although we must be mindful not to let any one of those other interests override a defendant's rights, they are worthy of recognition when considering the best approach to follow when a defendant dies during the pendency of a direct appeal.

Invasion of privacy, infliction of emotional distress—Monica Lewinsky.  John Oliver did a brilliant segment on, and interview with, Monica Lewinsky on his Last Week Tonight.  Looking back at comedians' crass jokes in the 1990s—Oliver includes himself, but it's Jay Leno who is cringeworthy—makes one uncomfortably aware of how far #MeToo has evolved our perception of power dynamics in the workplace.  The sum of the experience is newfound empathy and more than a little angst over online bullying. I now follow Lewinsky on Twitter, as she's a more effective anti-bullying spokesperson than Melania Trump. 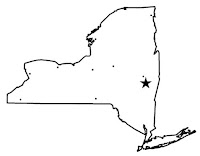 Defamation, Supremacy Clause—Summer Zervos. The Appellate Division of the New York Supreme Court ruled that Summer Zervos's defamation suit against President Trump may go forward despite the President's constitutional objections.  Zervos alleges that Trump defamed her through his spiteful attacks on her credibility over claims of his sexual misconduct after she was a contestant on The Apprentice.  In Clinton v. Jones style, the President sought to have a stay in the action until his White House service concludes.  The U.S. Supreme Court rejected that claim in Clinton, ruling that the lower court could manage the case with deference to the demands of the presidency—a conclusion, incidentally, that might have been proved erroneous in light of subsequent events.  Anyway President Trump tweaked the tack, arguing that because this case arises in state law in state court, vertical federalism, as expressed in the Supremacy Clause, should not permit the arguably untenable subservience of a sitting President to the supervisory authority of the state court.  The Appellate Division concluded 3-2 that the problem can be managed; as in the past, for example, a President might testify via video.  Some court orders might violate supremacy, the court explained, such as a contempt ruling, but that mere possibility does not warrant stay of the action in its entirety.  The Appellate Division also ruled that the charge essentially of "liar" is not mere rhetorical hyperbole, but is capable of defamatory meaning.  The case is Zervos v. Trump, No. 150522/2017 (N.Y. App. Div. Mar. 14, 2019).

Criminal libel, First Amendment—Montana statute.  The U.S. District Court for the District of Montana struck down the state's criminal libel statute for want of an actual-malice-as-to-falsity standard of fault.  The case arose from an ugly dispute in election of a county district judge.  The statute came close to the actual malice standard, requiring knowledge of a statement's defamatory character, but making no mention of recklessness.  The federal court acknowledged that the state high court had read First Amendment standards into other state statutes.  But the criminal libel law had been applied without modification.  Moreover, although the law originated from 1962, before New York Times v. Sullivan and Garrison v. Louisiana in 1964, the legislature had amended the statute more than once, in fact once amending it to ensure truth as a defense, so had passed up chances to bring the statute into full constitutional conformity.  Recap is tracking Myers v. Fulbright, No. 9:17-cv-00059-DWM-JCL (D. Mont. Mar. 18, 2019).  Professor Eugene Volokh wrote about the case for Reason.
Posted by Richard Peltz-Steele at 6:00 AM