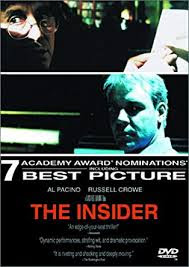 In a new article, Kenneth S. Abraham and G. Edward White, University of Virginia Law, argue against the further extension of the First Amendment ("imperialism") to constitutionalize tort law when torts are accomplished through speech.  Specifically, they study the First Amendment in defamation, privacy, and IIED before contemplating the First Amendment problems that lurk in fraud, product disparagement, product warning defect, and interference.  The interference problem has interested me since The Insider.  En route to their conclusion, the authors critically examine the truth-falsity dichotomy.  Here is the abstract for First Amendment Imperialism and the Constitutionalization of Tort Liability.


To what extent does the First Amendment impose limits on the permissible scope of tort liability? Until recently, the clear answer would have been, “only under very limited circumstances.” During the last few decades, however, the First Amendment has been so greatly expanding its empire that giving this answer is no longer possible. “All bets are off” would be a more accurate answer, because the forms of speech to which the Supreme Court has extended First Amendment protection have become impressively broad. Although existing First Amendment restrictions on the permissible scope of tort liability currently are limited, the very existence of those restrictions confirms that many torts involving speech potentially are subject to First Amendment protection. And many torts do involve speech – the duty to warn about the dangers of prescription drugs, fraud, and even some forms of simple negligence are just a few examples.

Hat tip @ TortsProf.
Posted by Richard Peltz-Steele at 6:00 AM