In a Chinese defamation case, the Beijing Internet Court has ruled in favor of the plaintiff and contrary to American tort norms regarding ISP immunity and posthumous defamation.

Sixth Tone reported on the suit "filed by the son of the late playwright, screenwriter, and composer Zhao Zhong" (赵忠).  The suit alleged that an anonymous user of Baidu's Baike, China's answer to Wikipedia, edited Zhao's biographical page to defamatory effect.  The edits by user "charming and beautiful woman" (Qiaonü Jiaren) criticized Zhao as a "thief" and cultural "traitor," and deleted the libretto of the opera Red Coral from his listed oeuvre.  The changes remained on the page for five years, from 2013 to 2018, until Zhao's family noticed and demanded correction.  Baidu reversed the edits.  The son nevertheless complained of negligence in Baidu's failure reasonably to moderate content and consequent reputational injury to the family.

The court ruled against Baidu.  Beijing tort lawyer Qu Zhenhong told Sixth Tone that Baidu's compliance with the defamation notice-and-takedown procedure of PRC Tort Law article 36 did not relieve the internet service provider of liability under article 6 for the defamation's five years in publication.  That approach deviates from the powerful ISP immunity of 47 U.S.C. § 230 in the United States—which has faced slowly mounting criticism both at home and in Europe. 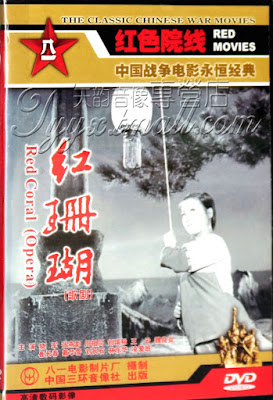 A second deviation from American tort norms arises in the allowance of a defamation action by the family after the death of the person defamed.  Common law jurisdictions including the United States continue generally to observe the historic rule that defamation claims die with their claimants, though states are widely experimenting with the posthumous right of publicity by statute.  Cf. The Savory Tort on Defaming the Dead.

By its publisher's description, Red Coral (Hong shan hu) "describes the story of the peoples who lived in the red coral island and fought against the troops of Chiang Kaishek. They cooperated with the Red Army and defeated the enemy with the guidance of the people's Liberation Army."  Red Coral was adapted to film in 1961 (DVD pictured).
Posted by Richard Peltz-Steele at 5:00 AM