Whistleblowers are basking in an adoring limelight in the United States right now. They better enjoy it while it lasts, because the American taste for whistleblowing is fickle.

All the attention being paid to whistleblowing in Washington, you would think that whistleblowers are heroes of democratic liberty, Paul Reveres on midnight rides of revelation. Now there’s a second whistleblower, and maybe a third, and, why, people just can’t get in line fast enough to become whistleblowers.

I have to roll my eyes when I hear people waxing poetic over the great tradition of the American whistleblower. Catch those same people on a different day, different issue, or different side of the fence, and they’ll be lashing the whistleblower to the stake and setting their torches to the kindling like it’s the Spanish Inquisition. For much of American history, whistleblowing has been synonymous with disloyalty and treachery.

The Washington whistleblower caused WNYC’s On the Media to replay a 2015 segment in which Brooke Gladstone interviewed language writer Ben Zimmer and consumer protection advocate and civil rights crusader Ralph Nader. The early-20th-century word whistleblowing, Zimmer explained, comes from what it sounds like: a referee blowing the whistle to stop play in event of a penalty. (See Transparency International for the word’s translations, born of other cultural contexts.) No sooner did the word come about that it acquired a dark connotation. It meant, Gladstone said, “to snitch, to rat, to steal.” You can hear that usage, Zimmer pointed out, in the classic film On the Waterfront (1954), in reference to the enemies of organized labor. In this sense, Trump’s “spy” notion is not so far off the mark.

Nader was responsible for turning the word around in the 1970s. He pleaded for insiders to break ranks in his public safety crusade against Big Auto, and he repurposed the term whistleblowing with the positive spin of serving the greater good, despite disloyalty in the short term. So the word is not the thing. Gladstone nailed the salient distinction, which is whether the whistleblowing accords with one’s value judgments. Trump’s traitor is Pelosi’s star witness. Ed Snowden deserves either a presidential medal or an espionage prosecution. Even Upton Sinclair was a duplicitous meatpacking worker.


Our ambivalence about whistleblowers finds expression in law. When we protect whistleblowers at law—common law usually does not—it’s usually a legislative reaction to something awful that happened, when we wonder why no one in the know said anything. While whistleblower protection statutes are prevalent in the United States at state and federal levels, they are often controversial, hardly comprehensive, and likely to pertain only to the public sector. Protection tends to be narrow and sectoral in scope; to depend upon abundant and variable technical prerequisites; and to offer scant shield from the full range of consequences, formal and informal, that the whistleblower faces. Woe to the would-be whistleblower who fails to hire a lawyer in advance to navigate the legal process. The Washington whistleblower was meticulous. The person either is a lawyer or consulted one.

Far from the glamorous escapades of the Hollywood Insider, the real-life whistleblower’s lot in life is lousy. More whistleblowers become infamous than famous, and most become no one significant at all. Typically whistleblowers find themselves, through no fault of their own, in a catch-22. Behind door number one, go with the flow, stay with the pack, look the other way, and sell out your principles. Behind door number two, stand on principle, and probably lose your job, your livelihood, your home, and your friends, alienate your family, and maybe put your life at risk. 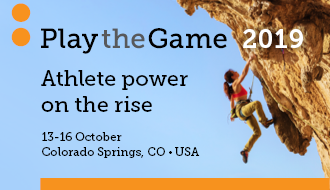 
Last week, I had the extraordinary experience of meeting some whistleblowers in world sport. For me, it was the highlight of Play the Game, an initiative and biennial conference of the Danish Institute for Sports Studies, its first meeting outside Europe.  Play the Game aims to raise ethical standards and to promote democracy, transparency, and freedom of expression in world sport.

Whistleblowing in sport might not sound like a big deal, but it is. Consider that transnational sport governors such as the Fédération Internationale de Football Association (FIFA) and the International Olympic Committee (IOC) are among the most powerful non-governmental organizations in the world. Technically they are “nonprofits,” but no one says that with a straight face. Until recently, FIFA and IOC execs sashayed into the offices of presidents, prime ministers, governors, and mayors like they were Regina George’s mean girls on a tear at North Shore High. There were real costs to their shameless greed: global contrails of worthless constructions, impoverished populations, and broken dreams.

That started to change when FIFA and IOC were exposed as corrupt at their cores. Their corruption was exposed by whistleblowers.

Bonita Mersiades was a top exec with the Australian Football Federation from 2007 to 2010, when she worked on Australia’s failed bids for the 2018 and 2022 FIFA World Cup tournaments. She blew the whistle on the extraordinary demands that FIFA placed on would-be hosts and her own country’s willingness to bend the public interest to conform. Those tournaments we know now were awarded to Russia and Qatar upon such rank corruption as resulted in a 2015 raid by U.S. and Swiss law enforcement and dozens of criminal indictments. Mersiades herself was outed when the investigative report of Assistant U.S. Attorney (now N.Y. Judge) Michael Garcia was made public.

At Play the Game, Mersiades described social ostracism in her community, loss of her career in sport administration, burglary of her home, and hacking and online harassment. She wrote about FIFA corruption and her experience in a 2018 book, Whatever It Takes: The Inside Story of the FIFA Way.

Also on the whistleblower panel (below in full) were Yuliya Stepanova and Vitaly Stepanov. Yuliya was a Russian Olympic runner, and Vitaly worked for the Russian anti-doping agency. Together they blew the whistle on Russian doping, breaking open a massive scandal that rocked Russia and the world, exposing not just systematic Russian doping but reckless, if not criminal, indifference in the World Anti-Doping Agency. With good reason, the Stepanovs feared for their lives.  They applied for Canadian asylum and now live in the United States (with their adorable little boy, also in attendance).


Vitaly told a spellbound audience that the stress of the couple’s situation had them on the verge of divorce when, at last, they took the leap into whistleblowing history together. They would have to leave homeland and family behind, and their lives would never be the same. But it was OK, he said, because “after that, … we were united.”

When, over dinner, I lamented the state of patchwork American whistleblower protection law, Mersiades was quick to correct me. It’s much better than Australia, she said. [See UPDATE below.]  In the United States, we do have a somewhat vigorous qui tam field. (Read more at Troxel, Krauss, & Chapman.)  And the federal whistleblower law now at the heart of the impeachment inquiry is better than the yawning void of jeopardy into which FBI Special Agent Coleen Rowley stepped when she testified in the Senate on 9/11 failures in 2002. She retired from the FBI two and a half years later.

Still, it seems to me that as a society, we should be able to do better. When the dust settles around the peculiarly technically adept Washington whistleblower, we might ought wonder why whistleblowers aren’t all around us—at every level of government, and in the private sector. Did no one at Purdue Pharma know about aggressive opioid peddling? We should wonder why, in the land of the First Amendment, there are so many disincentives—legal, social, economic—for anyone to speak out as a citizen on a matter of urgent public interest.

“It is difficult to get a man to understand something, when his salary depends upon his not understanding it,” Sinclair said in 1934. That’s why the rule of law must support the apostate who speaks the truth.


The documentary Icarus tells the Russian doping story.
Director Bryan Fogel also spoke on the whistleblowing panel (above) at Play the Game 2019. 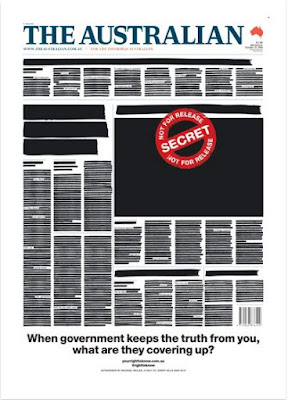