The University of Massachusetts Dartmouth has appointed six faculty to the rank of "Chancellor Professor," effective today.  I'm honored and humbled to be among them.  These are the university's first promotions to chancellor professor since 2003.  The number of persons who may hold the high rank is limited to ten percent of the faculty, campus-wide.  The provost's office reported, "All have demonstrated excellence in the art and practice of teaching, a record of scholarship that contributes to the advancement of knowledge, and have made outstanding contributions to the University or to their profession."  From UMass Dartmouth News, here is something of the accomplishments of my colleagues: 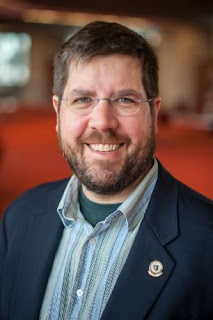 John Buck
Electrical & Computer Engineering
Professor John R. Buck, who has received the prestigious Office of Naval Research Young Investigator award and the National Science Foundation CAREER award, is a Fellow of the Acoustical Society of America, a Fulbright Scholar and a Senior Member of IEEE. His scholarship focuses on underwater acoustics, signal processing, animal bioacoustics and engineering pedagogy. Professor Buck received fifteen research grants from federal agencies. Many of his graduates have continued their research at prestigious universities and national laboratories. Professor Buck’s classes incorporate active and collaborative learning, making the students’ learning the central focus of the classroom. He was UMass Dartmouth’s inaugural winner of the Manning Prize for Excellence in Teaching for outstanding development of curricular materials and innovative assessment of student learning. Professor Buck also received the IEEE Education Society’s Mac Van Valkenburg Award, and the Faculty Federation Leo M. Sullivan Teacher of the Year Award. Professor Buck founded and led several faculty mentoring programs in the Office of Faculty Development, as well as directly mentoring several junior faculty from across the campus. 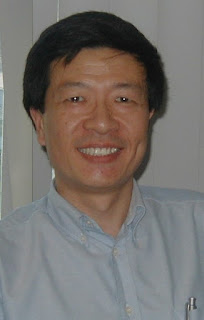 Qinguo Fan
Bioengineering
Professor Qinguo Fan has made substantial leadership contributions to the College of Engineering overseeing the transformation of Textiles Department into its current form as Bioengineering. As Bioengineering chairperson, he led the development of the new undergraduate major in bioengineering, recruitment and mentoring of new faculty, major renovations to laboratories and formation of an industrial advisory board. Under his strong leadership, the BNG undergraduate program successfully completed its first ABET accreditation in Fall 2016, considered exceptional for a new program doing the ABET accreditation the first time. The Bioengineering department now offers, in addition to the Bioengineering major, a Bioengineering minor, the 4+1 BS/MS program and a Biomedical Engineering concentration. Several Bioengineering graduates have gone on to medical schools, research positions and work at medical device companies. Professor Fan’s research has primarily focused on structural color, blue light cured polymers, and conducting polymers during the last ten years. He is a co-inventor on one U.S. patent. Professor Fan is a member of the American Association of Textile Chemists and Colorists and the International Society for Pharmaceutical Engineering. Professional recognition includes receipt of the Highly Commended Award at the Literati Network Awards for Excellence for one of his research articles. 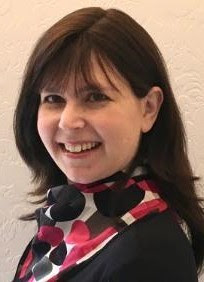 Sigal Gottlieb
Mathematics
Professor Gottlieb has demonstrated a deep passion for incorporating research into undergraduate education. She has adopted an exploratory, discovery-based approach by using “computing for intuition” as a critical tool to learning, and has worked to engage her undergraduate students in research in computational mathematics. Her advisees have gone to have successful careers at universities and research laboratories. Professor Gottlieb is known internationally as an expert in strong-stability-preserving time discretizations and other schemes for hyperbolic equations. As PI or co-PI, she has been responsible for securing well in excess of $3.5M to support her research. In recognition of her expertise and impact on the field, Professor Gottlieb was recently elected a Fellow of the Society of Industrial and Applied Mathematics (SIAM). Professor Gottlieb’s most significant service has been her leadership of the Center for Scientific Computing and Visualization Research (CSCVR), which she helped form and served as director (2013-2017) and co-director (2017-present). In this capacity she has worked to support, facilitate, and promote the research activities of the scientific computing group and to mentor students and junior faculty of scientific computing in a supportive, broad, and deep interdisciplinary research environment.

Brian Howes
Estuarine & Ocean Sciences
Professor Howes played an integral role in the initial development of the marine science graduate program, an internationally recognized marine science and technology program. He has advised and funded graduate students who have gone on to pursue successful careers. Professor Howes has maintained a high level of scholarly productivity in his field, as well as produced numerous technical reports as part of the Massachusetts Estuaries Program (MEP) requirements. He has raised over $23M in extramural research funding through federal, state and municipal extramural grants and contracts. Professor Howes has also made significant contributions to his profession in the form of scientific advances, as well as practical applications that have had a major impact on coastal ecosystem health and water quality in the region.

Yuegang Zuo
Chemistry & Biochemistry
Professor Yuegang Zuo has a record of contributing to active learning and has sustained a record of graduating M.S. and Ph.D. students. He provides high quality mentorship resulting in graduate students winning external awards for their work. He has also worked with undergraduate students, who have won American Chemical Society awards. Professor Zuo has maintained a high level of scholarly publishing and is successful in attracting substantial extramural funding. He has contributed to the University and his profession serving on diverse departmental, college and university committees as well as the Faculty Senate. He has served his profession as a reviewer, editor, and meeting organizer and serves on the editorial board for seven journals and recently became the Editor-in-Chief of the Journal of Endocrinology Research.
Posted by Richard Peltz-Steele at 6:00 AM